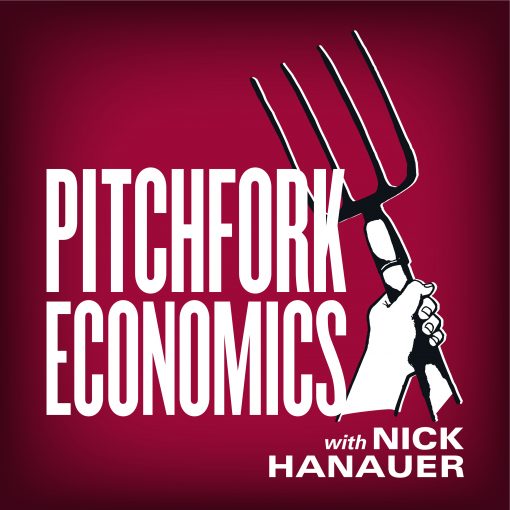 When revenues and expenses don’t add up in times of crisis, governments often turn to budget cuts and other austerity measures to balance their accounts. But economists widely agree that the most valuable lesson from the Great Recession is that austerity made the recession worse and slowed down recovery. Mike Konczal joins the show this week to explain why, in a recession, stimulus is particularly powerful and austerity is particularly harmful.

Mike Konczal is the Director of Progressive Thought at the Roosevelt Institute, where he works on financial reform, unemployment, inequality, and a progressive vision of the economy. He is a columnist at Vox, a contributor to The Nation, and a contributing editor at Dissent.

We’re continuing to celebrate our 100th episode this week with another compilation — the best of the benevolent dictator question. What would you do to fix the world’s most intractable problems if you had no restraints? Our guests from over the last two years weigh in.

The relationship between time, work, and freedom has always been a battleground in the American economy. Could our devotion to free-market fundamentalism in fact be making Americans less free? Author Mike Konczal joins the show to talk about positive versus negative freedom and the policies that would make us more free, in a real sense.

Mike Konczal is the Director of Progressive Thought at the Roosevelt Institute. His latest book is Freedom from the Market: America’s Fight to Liberate Itself from the Grip of the Invisible Hand.